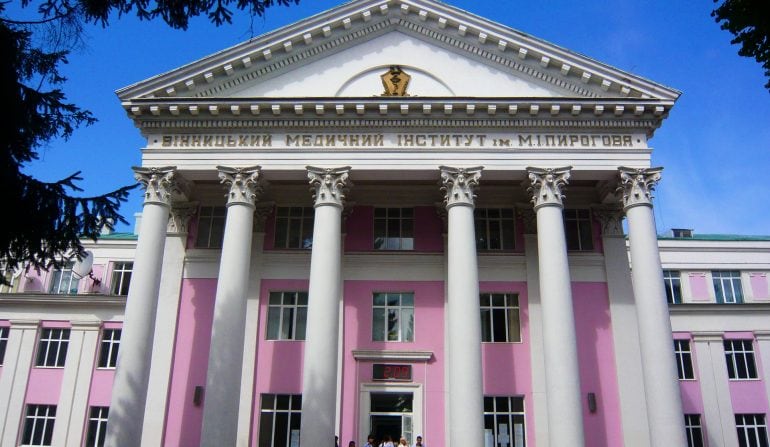 Vinnitsa National Medical University was founded in 1921. In 1960 the educational institution was named after M.I.Pirogov, in 1984 he was awarded the Order of honour. Since 1994, the Vinnytsia Medical Institute has been certified and accredited to the IV level of accreditation and has been granted the status of the University.

The national status of the university was acquired in 2002, in the same year it was awarded the diplomas of the Cabinet of Ministers of Ukraine and the Verkhovna Rada of Ukraine.

In the educational process and management of the university, computer technologies are widely implemented. There are 26 computer classes, 4 channels of the Internet network, access to which students, postgraduate students and teachers are free.
The University has 12 scientific schools. The University supports creative contacts and collaborates with medical faculties of universities of 19 foreign countries (including the USA, Germany, France, England, Russia, etc.), there are close links with clinical departments with 28 foreign pharmaceutical companies. Teachers of departments are involved in the implementation of 62 international projects.